Escape to the best elopement location in Stowe, VT! Of course, we’re biased! But consider…..

1. Soft. Quiet. Undisturbed.
Ours is a private, winding, tree-canopied road that welcomes you to the Stone Hill Inn. Intimate — with only nine, luxury guest rooms designed specifically for romantic couples. Secluded — surrounded by the unspoiled beauty of Vermont woods on nine acres. Fifty feet above but visible from the mountain Road. (Many in town don’t even know we are here.) Isolated — from traffic and town noise.

2. Backyard Gardens
The Stone Hill gardens help create a magical aura for elopement and small wedding ceremonies. Vows are often exchanged ten feet from our waterfall under a Maple canopy with a backdrop painted by hundreds of blooming perennials and annuals.

3. Your guest room opens onto these gardens.
Inside you enjoy all the amenities expected of a luxury room – a King bed next to a double-sided fireplace; ample pillows, soft sheets, and a sitting area with cozy chairs to curl up and watch a movie. Double wall construction in each room insures your privacy.

4. Find unexpected opportunities to celebrate life…together
Enjoy each other and the beauty of Vermont among the small nooks throughout the grounds at Stone Hill Inn

In an environment of beauty, comfort, and attention to detail, let’s create memories together. Stone Hill Inn.

Elopements. Hundreds of Years in the Making!

Today, elopements are the fastest growing segment of the marriage industry.  It is said that today for every 10 weddings today there is one 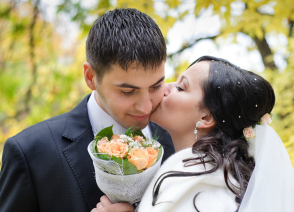 elopement.  Data from the Internet site WhereToElope.com reveals that internet searches for elopements doubled between 2011 and 2013, and that 2014 will represent three times the searches that took place in 2011.  Elopements, it seems, are simply coming into their own.

Today couples elope for many reasons, including avoiding the cost of a traditional wedding and the hassles of guest list negotiations that involve close family members who may be divorced and don’t like each other?  Ugh!  Then there’s choosing attendants without making anyone angry, or resolving the issue of whose wedding is this –even if the parents are paying for it!

Lastly, given today’s more tolerant lifestyles, many couples who have lived together out of marriage for years may think of eloping as more than just a cost savings or a simplification of the marriage process.  Unlike passionate sometimes frivolous trips to Vegas in the ‘60’s, these couples find strength in their years of love for each other.  For them elopement often is an expression of commitment — to each other and to a successful life together. 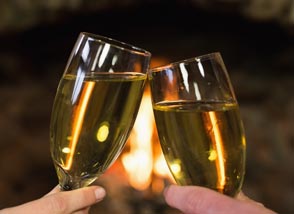 It hasn’t always been this way.  One of the biggest hurdles was defining what constituted a legal marriage and history shows us that both the Church and the leaders of nations weighed in.  For example, Western Europe during the early Middle Ages was conflicted about what constituted a legal marriage.  While they increasingly gravitated away from pagan customs to embrace Christian marriage customs, the spread of Roman culture within Europe brought a new set of rules for a valid marriage:  the consent of the couple wanting to marry was the only requirement.  Germanic laws, however, differed. They had three demands:  (1) a required purchase of the bride; (2) parental consent; and (3) consummation.  In 596 in Northern Europe Childebert, the Merovingian King, issued a decree that stipulated the death penalty for marriage abduction by force, and even if the woman agreed to marriage after the fact, if there was NO approval by her parents, the couple was sentenced to exile or death!!  Not much momentum for elopement here!  (These facts and those below are from a paper by Kirsti S. Thomas – Medieval and Renaissance Marriage:  Theory and Customs.)

Perhaps to reduce the confusion, Hincmar, the Archbishop of Rheims (845 – 882) declared that legitimate marriage must meet four conditions:  (1) The woman must be given by her father and dowered; (2) the marriage must be honored publicly (probably at the church); (3) The union was completed by sexual consummation; and (4) The partners had to be of equal and free rank and must give their consent.

Unwilling to risk the wrath of the church and or the ruling government, elopement had yet to become a cultural force.  However, it appears that 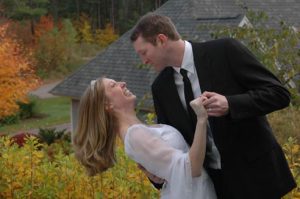 around the 12th century the Roman concept of requiring only couples consent to represent a legal marriage was gaining some traction throughout Europe.  (Love those Italians!).  Some of the rules about marriage seemed to be softening.

The Genealogy Bank (Gena Philibert-Ortega) traces the word elope back to 1338 as the act of a wife leaving her husband to run off with her lover.  This meaning continued until 1800 when it evolved to simply running away to marry each other rather than escaping a spouse.  Elopement was taking shape.  England for a long time had a difficult set of marriage procedures that took weeks to implement in order to be legally married, thus putting a damper on the elopement idea.  However during this time Scotland became fertile ground for eloping.  Scotland, required only that couples consent in front of friends and then consummate the marriage.  Thus hundreds of couples began crossing the border to a small hamlet called Gretna Green near the border.

In time Gretna Green has become famous, garnering the same reputation in Europe for elopements as has Elkton, MD or Las Vegas!  Today one in six weddings in Scotland take place in Gretna Green, as they host over 5,000 weddings each year.  “Gretna Green” has become accepted as normal slang for a place where one elopes: “let’s find a Gretna Green and get married.” Additional evidence that it is embedded in the culture of both England and Scotland is from Jane Austen who referenced Gretna Green by name in both Pride and Prejudice and Love and Friendship.

While it has taken centuries, elopements today are an accepted marriage process for couples of all ages.  Freed from its former image as a secretive ceremony performed in haste, elopements today have become much more of a planned occasion.  It is not unusual for couples at Stone Hill to plan an elopement three to six months from the date of their service.

Elopements continue to evolve.  In addition to sharing intimate moments, today’s elopement protagonists tell us that they also want to create memories—to celebrate life – together.  Thus we have created two different Vermont elopement packages that can be augmented by several exciting adventures! 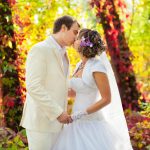 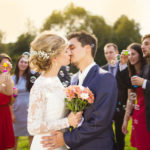 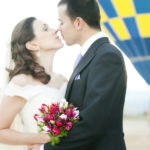 This package begins with the Roses and Memories package but then is completely designed by you!  Simply find one or more of the memory-making Adventure Enhancements below to make your Vermont elopement Unforgettable!

Posted in Vermont Elopement & Weddings | Comments Off on Elopements. Hundreds of Years in the Making!